On the one hand, good ol’ Patrick’s jokes weren’t that great (they were terrible) but on the other hand, James Corden really is a fat cunt. He also squared up to a man who’s 69. Nice one, James.

Patrick did impart one piece of great advice for fat Corden – “If you fancy the Jonas Brothers, cover you’re belly.” That’s good advice and no mistake. 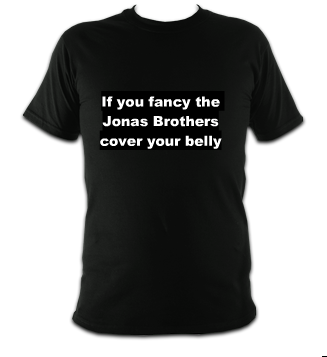 Or, he can buy a Gin Riot exclusive “If you fancy the Jonas Brothers” CROP TOP that shows off his “hideous” fat belly proving once and for all that he does (unless he’s just showing his belly as again as the punchline to his “joke”) 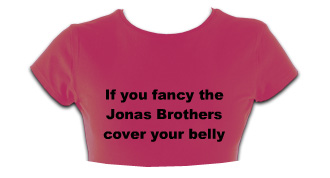 The choice, James, is yours.

Prices start from £99.99 and sizes available for James are XXXXL or medium.